What is a vaporizer?

A vaporizer or vaporiser is a device used to vaporize the active ingredients of plant material, commonly cannabis, tobacco, or other herbs or blends for the purpose of inhalation. However, they can be used with pure chemicals when mixed with plant material (e.g. tobacco-free nicotine).

Vaporization is an alternative to burning (smoking) that avoids the inhalation of many irritating toxic and carcinogenic by-products.

Vaporizers contain various forms of extraction chambers including straight bore, venturi, or sequential venturi, and are made of materials such as metal or glass. The extracted vapor may be collected in an inflatable bag, or inhaled directly through a hose or pipe. With no combustion happening when used properly and cooler temperatures, a significantly better efficiency in extracting the ingredients can be obtained. Hence, the irritating and harmful effects of smoking are heavily reduced, as is secondhand smoke.

Vaporizers for Medical Use

Studies have shown that vaporizing cannabis exposes the user to lower levels of harmful substances than smoking cannabis. These findings are important for it is estimated that 10–20 percent of patients with chronic pain,multiple sclerosis, epilepsy, and HIV/AIDS have admitted to smoking cannabis for therapeutic purposes. For patients, a study found that smoking cannabis sativa reduced daily pain by 34%, a statistically significant amount.

In a study published in the Journal of Psychopharmacology in May 2008, it was stated that vaporizers were a “suitable method for the administration of THC.”  A 2007 study by University of California, San Francisco, published in the Journal of the American Academy of Neurology, founded that “there was virtually no exposure to harmful combustion products using the vaporizing device.”  A 2006 study performed by researchers at Leiden University found that vaporizers were “safe and effective cannabinoid delivery system(s).” The study stated that the amount of THC delivered by vaporizers were equivalent to the amount delivered by smoking.  Because of those studies and other studies, vaporizers are medically sound devices for delivering THC.

The proposed factors affecting output include:

Not all those have been scientifically tested. Research using vaporizers found the delivery efficiency highest at around 226 °C (439 °F), falling to about half efficiency at 150 °C (302 °F) to 180 °C (356 °F) degrees depending on material.The purest preparations produced the highest efficiencies, about 56% for pure THC versus 29% for plant material (female flower tops) with 12% THCA content. Besides THC, several other cannabinoids as well as a range of other plant components including terpenoids were detected in the plant material. Using pure THC in the vaporizer, no degradation products (delta-8-THC (D8-THC), cannabinol (CBN), or unknown compounds) were detected by HPLC analysis. The longer vapor is stored, the more THC is lost as it condenses on the surface of the vaporizer or the balloon. This loss may be negligible over a few minutes but may exceed 50% after 90 minutes.[22] The Leiden University study found that as much as 30%–40% of inhaled THC was not absorbed by the lungs but simply exhaled. However, they did not find large individual differences in the amounts exhaled.

Why Choose a Vaporizer?

A vaporizer is an alternative device for smoking. By using a vaporizer you will not be inhaling the irritating toxins that can come from burning both the material in the paper and the paper itself. As well, the amount of smoke and smell is drastically reduced, creating a much more discrete activity.

The most common types of vaporizers are portable or stationary (desktop) vaporizers.

The portable vaporizer is a handheld device that will allow you to smoke anywhere. The vaporizer uses a heating element to heat the cannabis oils, and then releases the vapors that are to be inhaled. The portable types of vaporizers are more discrete than a pipe or cigarette, making them one of the most used smoking devices on the market. Their size also allows the user to be discrete since they are simple to operate and there is no visible smoke.

When you have decided to try one of our many vaporizing products, you will be impressed by our selection and our staff’s expertise. We look forward to having you as a new customer. 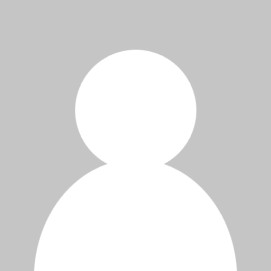 Sorry, no posts matched your criteria.

Located in Ajax, Ontario, the Pipe Dreamz smokeshop has been serving the Durham Region for nearly two years. Our experienced staff understands the needs of the modern smoker and Pipe Dreamz has the inventory to satisfy the discerning customer.